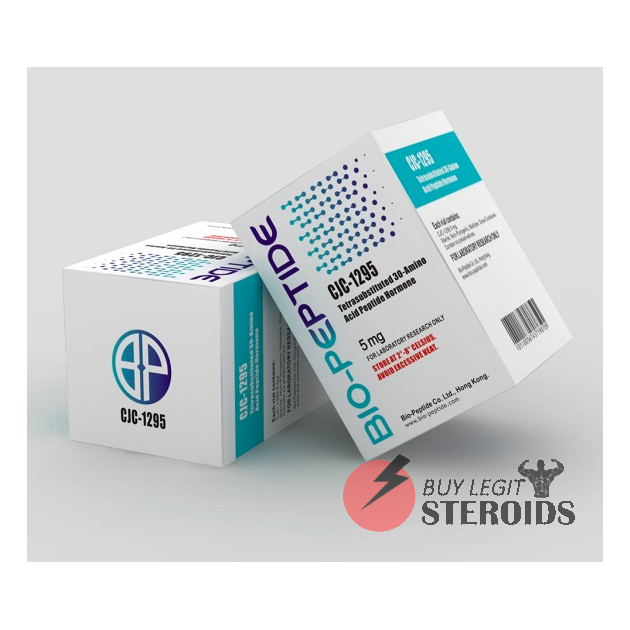 CJC -1295-5mg-BIO-PEPTIDE simulates the– GHRH (Growth Hormone Releasing Peptide) i.e. a natural hormone. It is an alternative to human HGH. In other words, CJC-1295 acts as an analog for the growth of the hormone secretion. It not only boosts muscle mass growth but also escalates fat burning without causing extreme side effects like other kinds of steroids often do.

CJC -1295-5mg-BIO-PEPTIDE is discovered and developed by a well-known biotechnology company. Bio-Peptide, CJC-1295 is most effective especially for professional athletes and bodybuilders who want to enhance their physical fitness and maintain their muscle tone.

Along with other functions, the primary function of CJC-1295 is that, it strengthens the GH level by stimulating anterior pituitary gland to secrete more growth hormone hence leading to the acceleration of IGF – 1 levels (an anabolic hormone) and HGH, it is supposed to build up lipolysis (fat burning) without heightening the effect of prolactin, as increased level of prolactin can cause impotency and as well as mental abnormality in men.

Overall, CJC -1295-bio-peptide has many positive effects as follows:

·         It does not interfere with user’s sleep and appetite as other steroids do.

And most of all it also plays the role as a beauty cosmetic like it reduces user’s wrinkles and dark skin, rejuvenating skin.

Mostly, a person gets attracted towards CJC-1295-5mg-BIO-PEPTIDE because of its durability and maintenance in person’s body for a long time just by a single dose.

In addition to the above-mentioned benefits, CJC-1295 also promotes therapeutic benefits to users and make them will feel an instant energy even with just one injected-dose.

Normally, it is taken as 1mcg (microgram)per 1 kilogram of body weight. Typically taken as 100 grams per day. It is taken three times a day and twice a week as this pattern:

Ø  Second dose: Immediately after training / 20 min before the post workout.

Ø  Third dose: 30 minutes before sleep. It helps a user to fight against aging.

Ø  Small dosage throughout the day helps to increases the anabolism of the body.

HOW TO TAKE CJC DOSE?

CJC-1295 is injected as intramuscular, intravenous, totally depends on persons’ choice. They are usually provided in vials containing 5mg powder. Effects also depend on its dose i.e. taking in, a low dosage will result in low GH release and appropriate dose will definitely lead to sufficient GH release. Anyhow, overdosage is highly prohibited. Maximum dose one can take up to is 100 to 200 mcg depends on endurance.

Like other steroids, it does not have that extreme level side effects as one may think. It is a peptide, not exactly a steroid. Therefore, it damages nothing except slight changes in your system, it is tolerable. Persons who are old users of this product may tend to have some side effects by the overdosage as they may feel numbness of fingers or hands, joint aches, dizziness and little weakness if proper proteins and carbohydrates are not consumed. But if you are on a proper diet and work out routinely, you will not have these side effects at all. And if you compare its benefits with these small side effects or risks then these are nothing.

It is measured as a best suitable steroid for those who prefer injecting support for GH, because of its system and mechanism that involves bio-conjugation, that gives the CJC an ability to stretch its therapeutic domain.